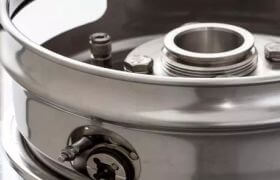 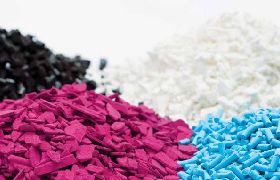 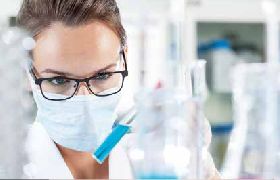 Adhesion of the molecules of liquids, gases, and dissolved substances to the surfaces of solids, opposed to absorption.

Atomic Layer Deposition, a deposition method in which deposition of each atomic layer of material is controlled by a pre-deposited layer of precursor; precursors and various components of the film are introduced alternately; method features 100 % step coverage and very good conformality; the method is used for instance in deposition of alternative dielectrics for MOS gates.

Etch in which etch rate in the direction normal to the surface is much higher than in direction parallel to the surface; no undercutting i.e. lateral distortion of pattern is minimized; needed to define very tight geometries.

Heat treatment to which wafer is subjected in order to modify properties of materials/structures processed on its surface or in the bulk.

Removal of volatile substances, such as photoresist, from the surface of a wafer. Usually accomplished by oxidation in a plasma chamber.

Thin layer of metal, e.g. TiN, sandwiched between other metal and semiconductor (or insulator) to prevent potentially harmful interactions between these two, e.g. spiking.

Process in which several wafers are processed at the same time; opposite to single wafer process; e.g. thermal oxidation in the furnace (either horizontal or vertical) is a prime example of the batch process.

Boro-phospho-silicate Glass; silicon dioxide (silica) with boron and phosphorus added to lower temperature at which glass (oxide) starts to flow from about 950 ºC for pure SiO2 to about 500 ºC for BPSG; used to planarize the surface; deposited by CVD.

A container holding a liquid through which some type of inert carrier gas is passed to carry some partial pressure of the liquid into a process tube or a reaction chamber.

An inert gas used to transport other elements to a process chamber or tube.

Absorption of species (adsorbates) to solid surfaces by the formation of chemical bond between the adsorbate and the surface.

A specification such as the US Federal standard FED-STD-209 that defines the number of particles of a given size and distribution per cubic volume of space for each Class.

Semiconductor formed using two or more elements; compound semiconductors do not appear in nature; they are synthesized using elements from groups II through VI of the periodic table, e.g. from group III and V (III-V compounds) or II and VI (II-VI compounds).

The total cost a manufacturer incurs to own a piece of capital equipment throughout that equipments lifetime, including initial costs and yearly operating costs.

High-vacuum pump operating in the pressure range from about 10-3 torr to 10-10 torr; removes gas molecules from vacuum by trapping them on cold surfaces; efficient, clean pumping; commonly used in high-end vacuum equipment in semiconductor manufacturing.

Chemical Vapor Deposition, a gaseous process that deposits insulating films or metal onto a wafer at elevated temperature. Often, reduced pressure is used to promote the chemical reaction.

In microelectronics and photovoltaic manufacturing, diffusion most often refers to a thermal process used to introduce dopants into a semiconductor wafer. The process has largely been replaced by ion implantation.

An element that alters the conductivity of a semiconducting material by contributing a free-hole (P-type) or electron (N-type) to the crystal. Boron is commonly used for P-type and phosphorous, arsenic and antimony is used for N-type doping of silicon.

The introduction of a dopant into a semiconductor to modify its electrical properties by creating a concentration of N or P carriers. Doping is normally accomplished through diffusion or ion implantation processes.

Heavily doped region in semiconductor substrates located at the end of the channel in Field Effect Transistors; carriers flow out of the transistor through the drain.

Etching process carried out in the gas-phase; can be either purely chemical (plasma etching), purely physical (ion milling) or combination of both (Reactive Ion Etching, RIE).

Entirely dry (oil vapor-free) roughing (down to the vacuum of about 10-3 torr) pump; common in advanced semiconductor process equipment because it is oil-free; dry screw pump: screw-shaped rotor drives gas molecules out.

The process of removing material (such as oxides or other thin films) by chemical, electrolytic or plasma (ion bombardment) means.

Field Effect Transistor, transistor in which output current (source-drain current)is controlled by the voltage applied to the gate which can be either an MOS structure (MOSFET), a p-n junction (JFET), or metal-semiconductor contact (MESFET); FET is an unipolar transistor, i.e. current is controlled by majority carriers only.

Furnace for high temperature processing of semiconductor wafers in which process tube is positioned horizontally and wafers are located in the boat vertically on their edges; used for thermal oxidation, CVD, diffusion, and anneals; batch processor; an alternative configuration: vertical furnace.

Furnace for high temperature processing of semiconductor wafers in which process tube is positioned vertically and wafers are located horizontally inside the tube; superior to horizontal furnace in terms of heating uniformity, compatible with automatic wafer loading and footprint; warpage of horizontally supported wafers must be prevented; batch processor.

Structure used to control output current (i.e. flow of carriers in the channel) in the field effect transistor (FET); in MOSFET gate is comprised of gate contact and thin oxide; in MESFET gate is a Schottky contact; in JFET: metal and p-n junction.

The dielectric, usually oxide, layer that separates the gate terminal of a MOSFET from the underlying source to drain channel.

Junction Field Effect Transistor; field effect transistor in which channel and its conductivity are controlled by changing width of the space charge region associated with a p-n junction.

The transfer of a pattern or image from one medium to another, as from a mask to a wafer. If light is used to effect the transfer, the term, photolithography applies. Microlithography refers to the process as applied to images with features in the submicron range.

Molecular Beam Epitaxy, physical deposition process (basically evaporation) carried out in ultra-high vacuum (below 10-8 torr) and at substrate temperature typically not exceeding 800 °C; due to unobstructed (molecular) flow of species to be deposited and chemical cleanliness of the substrate surface highly controlled growth of ultra-thin epitaxial layers is possible; the highest precision deposition method used in semiconductor processing.

Micro Electro Mechanical Systems micromachined in silicon; typically integrated with electronic microcircuits; generally fall into two categories of microsensors and microactuators; depending on application operation based on electrostriction, or electromagnetic, thermoelastic, piezoelectric, or piezoresistive effect.

Metal Semiconductor Field Effect Transistor; FET with metal-semiconductor contact (Schottky diode) as a gate; allows implementation of field effect transistor with semiconductors which do not have high quality native oxide (e.g. GaAs), and hence, are not compatible with MOS gate approach.

Metallization is the process of depositing a thin film of metal and patterning it to form the desired interconnection arrangement.

Mean Time Between Failures, is the reciprocal of the sum of the failure rates of every component in a system.

A semiconductor crystal containing a small amount of dopant atoms that have one more valence electron that the other atoms in the crystal. These extra negative electrons can find no unoccupied bonds to bind them, so they are free to wander and constitute electric current. Common N-type dopants for silicon are phosphorus and arsenic.

The chemical process of joining oxygen with another element. In semiconductors, oxidation means the joining of oxygen and silicon to form silicon dioxide (SiO2).

The removal of silicon dioxide.

A semiconductor crystal containing a small amount of dopant atoms that have one less outer electron than the other atoms. Each dopant atom causes one unoccupied spot, called a hole, among the electrons that are bound in their orbits. The holes are positively charged and in effect move, constituting an electric current. Boron is a commonly used P-type dopant for silicon.

A light-sensitive liquid that is spread as a uniform thin film on a wafer or substrate. After baking, exposure of specific patterns is performed using a mask. Material remaining after development resists subsequent etch or implant operations.

An electrically conductive gas composed of ionized particles which are used to etch unwanted material through a chemical or physical bombardment process. Plasma etching takes place in a reactor, which may be of the barrel type or the planar type.

Dry etching in which semiconductor wafer is immersed in plasma containing etching species; chemical etching reaction is taking place at the same rate in any direction, i.e. etching is isotropic; can be very selective; used in those applications in which directionality (anisotropy) of etching in not required, e.g. in resist stripping.

Polycrystalline silicon. Sometimes called poly. The form of silicon made of many small randomly-oriented crystals. Doped poly is a conductor of electricity and is often used as an alternative to metal in interconnecting devices on integrated circuits.

Physical Vapor Deposition, deposition of thin film occurs through physical transfer of material (e.g. thermal evaporation and sputtering) from the source to the substrate; chemical composition of deposited material is not altered in the process.

Terms describing plasma processing mode in which wafer is located away from plasma, and hence, is not directly exposed to plasma; desired reactions (e.g. etching) are implemented by extracting ionized species from plasma and directing them toward the wafer; remote plasma process results in less surface damage than standard process as plasma generated ions are energetically relaxed arriving at the surface of the wafer.

Reactive Ion Etching, variation of plasma etching in which during etching semiconductor wafer is placed on the RF powered electrode; wafer takes on potential which accelerates etching species extracted from plasma toward the etched surface; chemical etching reaction is preferentially taking place in the direction normal to the surface, i.e. etching is more anisotropic than in plasma etching but is less selective; leaves etched surface damaged; the most common etching mode in semiconductor manufacturing.

Rapid Thermal Processing; general term describing type of the process in which temperature of the wafer is rapidly increased by radiant heating from high-power halogen-quartz lamps; low-thermal budget process; useful in several applications in semiconductor device processing in which high temperature exposure is needed, but transfer of the large amount of thermal energy to the wafer is not desired.

Selective Area Chemical Vapor Deposition; CVD process which deposits thin film material in selected areas on the wafer surface only; selectivity of deposition is controlled by chemical composition of the surface which can be locally altered.

A material with properties of both a conductor and an insulator. Common semiconductors include silicon and germanium.

One of three terminals in Field Effect Transistors; a heavily doped region from which majority carriers are flowing into the channel.

The process used to apply the photoresist to the wafer surface.

Process of material removal from the wafer surface; typically implies that removal is not carried out for the pattering purpose, e.g. resist stripping in which case entire resist is removed following lithography and etching.

A path filled with conducting material between circuit layers.

Etching process in semiconductor processing relying on chemical reaction in the liquid phase; highly isotropic but can be very selective.

Necessary Always Enabled
Necessary cookies are essential for the smooth functioning of the website. This category contains only cookies that provide basic functionality and security features of the site. These cookies do not store personal information.
Non-necessary
All cookies that are not strictly necessary to the functioning of the website and that are specifically used to collect personal user information through analytics, advertisements, and other embedded content are called non-essential cookies. It is mandatory to obtain the user's consent before using these cookies on your website.
SAVE & ACCEPT